A few years back when I was doing my undergraduate studies at Minnesota State University-Mankato, I was told that there were these things called snownadoes.

Naturally, I was horrified! I had already been traumatized by the fact I was greeted by a tornado on one of the first few days after I had moved to the state. I lived in a town, St. Peter, that was about 15 miles away from Mankato. So, there I was, hunched over in the corner of my basement with the rest of the tenants in my apartment building. It was a great bonding moment for us. Of course, that may have had to do more with the fact they had to listen to me spaz out and go crazian on the phone with a former instructor who suggested Mankato was the place for me. During and after this phone call, loud thuds and clangs could be heard as if we were surrounded by a herd of drunken elephants using the building to support and correct their staggering, the power went out, and I was sure the building was coming down. 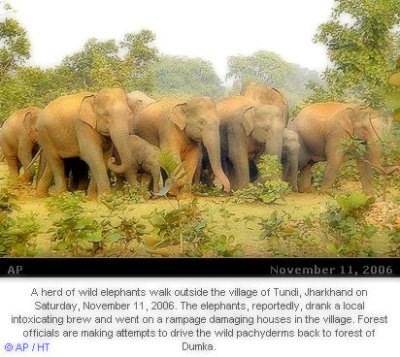 I cursed his name and yes, there were tears involved…HEY! My life flashed before my eyes people! Don’t judge. My neighbors, who I had just met moments before, offered to hold me and comfort me for which I was grateful.
Needless to say, I was not a fan of tornadoes. So, imagine my horror, HORROR I SAY! when some of friends started explaining that Minnesota was a land where bizarre and magical things happened in the winter. Snownadoes…WHAT!?!? You mean to tell me I have to worry about winter tornadoes! Magical, Shmagical!  Well, I went to my gender class all in a tizzy and apparently, I was quite pale since all the color had drained from my face at the blood shed and massacre that was occurring in the scenario playing out in my head. A fellow class mate asked me if I was okay. NO I WAS NOT! I explained how I just learned about the snownadoes and the aforementioned scenario, which involved ice shard projectiles and ice balls that bludgeoned. My class mates mocked…they laughed… and pointed.

Apparently snownadoes didn’t exist and I was had. My friends often made up lies to tell me just to see if I would believe them. It was a running game amongst my team members.

Well, guess what gentle readers. This just in: they DO exist!
Apparently this winter is now being referred to as the snowpocalypse and people are freaking out all over the country, especially in the Midwest. Well, if I had to deal with ice weapons being flung at me by mother nature wreaking havoc and creating a frozen hell on Earth, I too would be flipping out. She is pissed off!!! If we’re not careful, we’re going to be dealing with another ice age. I’m telling you! We need to start recycling, trade in your car for a smart car or electric. FOR THE LOVE OF GOD PLANT A FRACKING TREE! REPENT! REPENT! RE…wait, what?
Ahem…sorry, the snowpocalypse brings out the worst in me. Did I mention snownadoes horrify me? The sub-freezing temperatures (not enough to close school mind you even though every other region surrounding me has shut down completely) and the uncanny gusts of never-ending wind (ice weapons!) is enough to make me want to assume the fetal position and whimper “hold me” to anyone who happens to be near by.
Well, gentle readers, wherever you may be…I urge you to beware of the snownadoes and may we all get through this snowpocalypse…
So say we all.
(I’ve recently been watching a lot of BSG, so forgive my references)

I’m gonna end this post with another photo of a drunken elephant because it makes me smile.

Sometimes, it’s good to be reminded not to take work or life too seriously. Finishing off Hispanic Heritage Month with Day of the Dead Family Night.
I help to sponsor and organize a conference with the Sankofa African Heritage Awareness organization every year. This was their 10th annual education-culture conference and this year’s theme was Debunking Racial Myths and Divisive Assertions That Nullify Community Relations and Hinder Social Development.
Fall is my favorite season. It’s unfortunate I live where we only get a couple weeks of solid fall weather before first winter hits. I just saw an article with the headline “Arctic Air, Wintry Precipitation Coming Soon!”
Conversations I have with my dog.
Whether it’s trying to hike up a mountain or navigating all the pressures and demand of the job, my body has a tendency to force me to take pause and slow down because I have pushed it to its limits. Today is one of those days. My limits aren’t as high as they used to be and coming to terms with that is the real struggle.
Chill fall vibes. She’s thinking of pumpkin spice and crisp leaves flowing in the wind. She’s probably just thinking of the car that zoomed by and their audacity for not pulling over and showering her with attention. Yeah, that’s what she’s thinking about.
%d bloggers like this: