“These protesters who are actually few in number, have contributed nothing. They’re parasites. They’re pure, genuine parasites. Many of them are bored, trust-fund, kids obsessed with being something, being somebody. Meaningless lives, they want to matter.“
~Rush Limbaugh

This appeared on my Facebook news feed that someone shared from Don Giordano’s Facebook page. Don’t know who this dude is, don’t really care. I’ve been seeing a lot of similar rhetoric pop up on my news feed lately (I live in Wyoming). That’s awesome this person managed to get through college debt free. Truly, but I have some issues with this statement.
I disagree with this statement mainly because it twists the arguments of Occupy Wall Street and what it was intended for. While I am sure there are those that jumped on the bandwagon because they blame “The Man” for all of their problems and poor choices. But there are those that have legitimate reasons to take part in this movement and making a hasty generalization based on what the media spoon feeds you is problematic.

Taking the major premise that you read an article or saw a news report showing Occupy Wall Street participants complaining about student loan debt, then going off the minor premise that you are part of the minority with the luxury of being debt free due to “hard work” in order to lead to the conclusion that Occupy Wall Street protest participants are nothing but college kids with privilege whining about their debt and poor decisions is not an absolute truth, but a faulty categorical syllogism at best. Furthermore, not all debt is the result of poor decisions but rather, a consequence of the system.

I will agree that perhaps the original goals of this movement have been submerged through the few bandwagoneers and the media’s interpretation. The true meaning is best described as the following: “Occupy Wall Street deals with the very material consequences of corporate collapse in the last five years. People who ‘worked hard’ lost their jobs and their savings.” So, the Occupy Movement in all reality has NOTHING to do with student loan debt. It’s that the priveleged benefiting from big corporations are feeding off of the demise of those beneath them. It’s about bringing awareness and expressing outrage regarding these practices.

Thus, I feel there are genuine and legitimate reasons to take action through protest in order to enact change. THIS is the 99% 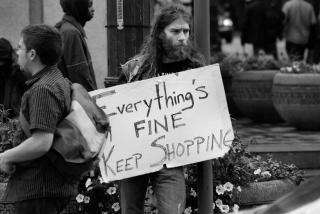 I haven’t had a lot of energy the past week, so we been loungin and chillin. It’s only like her favorite thing to do, and she loves it when I don’t leave the house for days at a time. Her smile is gonna be turned upside down when she realizes I’m headed back to the office in a couple of days.
Feelin jolly and festive.
“To commemorate a past event, you kill and eat an animal. It’s a ritual sacrifice…with pie.” Anya
I know, I’m usually that guy who says it’s too soon, but not this year. Tis the season!
Getting in the holiday spirit and feeling dem holiday vibes. Normally, I’m opposed to decking the halls until after Turkey festivities have been properly observed, but Im into it this year. Besides, Thanksgiving is just a glorification of colonization when you really think about it. It’s a yam sham. Bring on that holiday feel good energy!
Participated in one of, hopefully what is to become, many discussions on campus regarding diversity and inclusion. It was a great discussion, but evident that this is just the beginning. We have our work cut out for us.
%d bloggers like this: