This Summer has been chalk-full of travel complete with discoveries and observations. Some pithy and others not so much, but notable none the less.

Portland, OR
♦  I have awesome friends. I just wish they lived closer, and I could seem them way more often than I do.

♦  Don’t ever take mushrooms and then walk down a busy street. Get to your location where you plane to settle for your trip and then take them. Tripping balls in a busy public space; no matter how inconspicuous you think you’re being, I guarantee that you’re not. Chain smoking cigarettes while bug-eyed continuously exclaiming: I just need to get to the forest while laughing uncontrollably, and going into “ninja mode” when an ambulance throws on their siren as they speed by is a sure giveaway that something is amiss.

♦  The hiking opportunities in the Portland area, and I’m sure the whole state of Oregon, are beyond awesome. 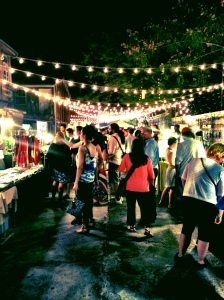 ♦  Sometimes, a hug is just a hug, and giving one to someone who needs it is a great way to brighten your and someone else’s day.

♦  The shot girls on Bourbon Street are grabby and taking a Christian married man to a bar with said shot girls is not the best idea.

♦  Plan on getting wasted. No matter how much I told myself I was going to remain sober or turn in early, the fact remains that I was out until 3 in the morning and drunk every night while I was there. Every. Single. Night.

♦  Sometimes, the best companions at family reunions is the doge. I spent most of my time out with the doge playing fetch and wouldn’t have it any other way.

♦  Handle flirting cousins with care. If you reject them too harshly, they may announce to your whole family they know a secret about you and force you to come out.

♦  Being outted to your family, while awkward as fuck, may not necessarily be a bad thing. Some family members definitely have issues with it, but on the other hand, it has brought me closer than ever with others. Those that I grew up with, but have lost touch with over the years.

♦  Clarkston/Lewiston, while a beautiful little pocket of Hells Canyon, is hot as fuck in July. There were several fires in the area and running through the smoky haze was probably not the best idea I’ve had.

♦  Wear proper clothing in the Summer, especially for the Subway tunnels. Otherwise, YOU’LL end up a hot sticky mess…

♦  Everyone always says not to wander off on your own in the city, but exploring the city on my own during safe daylight hours is both rewarding and whimsical.

♦  The Ground Zero memorial is incredibly sobering and moving. Be prepared to feel the feels just by visiting the site. 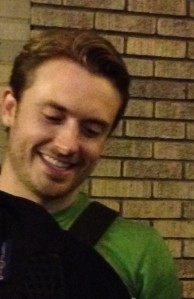 ♦  People will flirt with you and call you sexy to get what they want. It’s so very flattering at first, but ultimately crushing to the ego when you realize they are using blandishment as a means to an end.

♦  Always, ALWAYS double check that you have set the alarm clock for the right time on your cell phone. Especially if you have an important presentation to give.

I took a small nap after lunch and almost missed my afternoon panel presentation. I was perplexed, because I could have sworn I had set my alarm to wake me up at 1:45. I woke up at 1:55 and barely made it.

At 2:45, amidst the presentation, I startlingly realized why my alarm did not wake me up. My alarm is set to play the song “Fancy”. There were many chuckles in the room, and my face was redder than it’s ever been. I may have done a little dance to try and play it off. There was a slow clap involved.

♦  When traveling to Ellis Island by ferry, they truly are trying to create the immigration experience. We never made it; the person I was traveling with got dehydrated, sick, and came to the brink of passing out. We had to be escorted out of the line after an hour wait.

♦  Although, obsolete, phone booths are still very prevalent in New York. They don’t work, but come in handy for those getting their marijuana edible treats organized to sell on the streets.

So, it’s been a pretty amazing Summer with its ups and downs, but one that I am sad to see come to an end. School starts in a couple of weeks, and I’m not nearly as prepared for it as I should be. However, one thing the start of the school year is sure to be a sign of; the end of my life and free time for a few months. As bitter as I sound, I do enjoy my job and am looking forward to the return of the students.

“I hope I can be the autumn leaf, who looked at the sky and lived. And when it was time to leave gracefully, it knew life was a gift.” ~Dodinsky
Soaking in those lingering fall vibes before second winter hits. Lovin that autumn aesthetic. Fall time is the best time.
Sometimes, it’s good to be reminded not to take work or life too seriously. Finishing off Hispanic Heritage Month with Day of the Dead Family Night.
I help to sponsor and organize a conference with the Sankofa African Heritage Awareness organization every year. This was their 10th annual education-culture conference and this year’s theme was Debunking Racial Myths and Divisive Assertions That Nullify Community Relations and Hinder Social Development.
Fall is my favorite season. It’s unfortunate I live where we only get a couple weeks of solid fall weather before first winter hits. I just saw an article with the headline “Arctic Air, Wintry Precipitation Coming Soon!”
Conversations I have with my dog.
Loading Comments...
%d bloggers like this: